“Oh my god, a buck eighty eight for towels!” 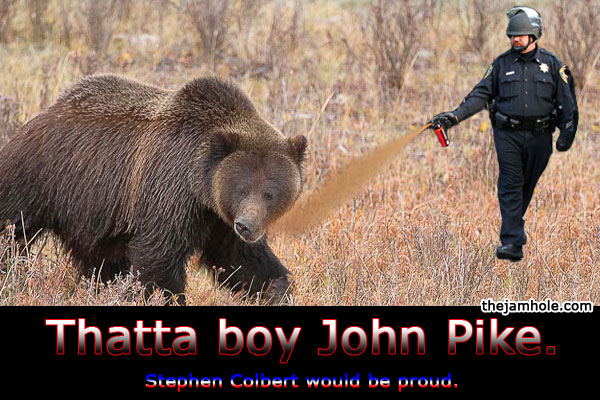 This feels like a good funny episode. It’s been a while, but I know you’re all going to appreciate this. We really tackle the hard hitting issues in this episode. With these issues, you’re gonna need some tissues. That’s Lyrickal. Since it’s Thanksgiving, or close to, I wrote a little something to help vent the hot air out of the holiday season. And I read on after the break…

Before you all go stuffing your fat faces and giving fake thanks for a day we’re told to celebrate because that’s what the government says to do, read a People’s history of the United States, then tell me what you really have to be thankful for. If you can actually read that book, you will have a whole new outlook on our “holidays.” What a fucking joke. Thanksgiving should be strictly about spending time with family and appreciating what it is you have. The whole scam about the pilgrims and the Indians is a farce, a sample of how history is written by the victors. People should really open their eyes.

All in all, I’m pretty damn thankful for the greedy overpopulating parasites we have evolved into, a completely helpless nanny society using children as tools for pushing corrupt political agendas. I’m thankful for all of this because I have the freedom of speech to express how completely FUCKED everything has become, and how complacent we have become in letting those in charge lead the people down the shitter. Nice work guys, it’s been a fantastic 30 years. Can’t wait to see what the fuck we do with the next 30.

– Let’s welcome Shaun Lyrickal Cubberly and his brilliant brother Matt back to the Jamhole. It’s been a minute since we’ve had the Cubberly boys on. This should be good. Shaun is now on Google+ if you can find him. Who the fuck is Shaun Patrick?

– What concerns you in the world today? It’s African American Friday again. Did you all get what you wanted? Look what happened in Los Angeles at Walmart. Look what they were fighting for. Was that John Pike? Fighting over buck eighty eight towels. Beautiful.

– I mean  if you really think about it, can you blame them? Ok, that was terrible.

– Did the occupy movement have anything to do with Black Friday being all nutso? Probably not.

– This is what Thanksgiving is all about. Thanks for the twenty bucks mom, we got smokes and booze, and weed! So that’s good.

– More suicides during the holidays. Oh really? Snopes says nope. Nope nope nope. Who would have thought people pretty much kill themselves all year.

– Girls whooping some ass at the Victoria’s Secret in the Monroeville Mall. Aren’t you so proud to be an American right now.

– I’m glad you’re not in jail Matt. Let’s talk about your jail time. It’s not gay in prison, it’s surviving. Matt is apparently a habitual traffic offender. Have you ever been to Shelby. Shelby MT.

– Let me read this, in your news voice. Eatin Park. People graze.

– Let me tell you what a meme is. Actually, let me read what wiki says a meme is. John Pike has created a pretty decent sized meme. We even made our own John Pike picture. Here are more pictures. Here is a piece on Fast Company. Here is a piece in the Atlantic about why you should feel bad for him.

– Oakland is NO JOKE. If I was to occupy anywhere, it would not be Oakland. Oakland does not give a fuck. Fighting the man any way we know how to do it, fist to fist. That’s what Oakland is all about. Pepper spraying hippies is not a good way to get what you want.

– Can you +1 that? Thanks. Circle us and we’ll circle you back. What is your toleration of disruption?

– Danni making a classic entrance right at the end of the show. Shaun has a pretty damn good Danni impression. Very impressive. It’s been a trainwreck of a show, so thanks for listening!

– Hey South Korea, you made Jailbot from Superjail. Congrats. If that doesn’t make you want to go to jail, nothing will. Seriously, this thing is great. These robots were made to find suicide and violence.

– If you would like to donate to their cancer fund, the jamhole has a donate page!

– Who wants to come with me to an UYD live show in Seattle? I’m going, do you want to come with? It’s Friday, January 13th 2012 at the Neptune. It’s going to be fun, so let’s go. Check out the Uhh Yeah Dude site, and for tickets click here! There’s a post in the forums if anyone wants to chat about arrangements. Get tickets here.