“Oregon has drugs there, why are you huffing duster?”

A day late and a dollar short, but that’s just how it goes sometimes here in Jamholia. Back with another episode of this shit. What a fucking week. I hope to never deal with a week like that again, but you know I’ll have to. It’s inevitable in this line of work. At least it’s Christmas right? Well almost. This is probably the last show of 2013. We’re moving next week, then I’ll be in Vegas for CES. Keep in touch with us through Google+, Facebook, and Twitter, and we’ll see you on the flip side. Here’s some notes.

I have spent more time with this asshole this week than either of our girlfriends. Sometimes life’s a breeze, usually she’s a cold hearted bitch. When shit breaks, we gotta step up and get shit done. Because you know if we don’t, it won’t get done. 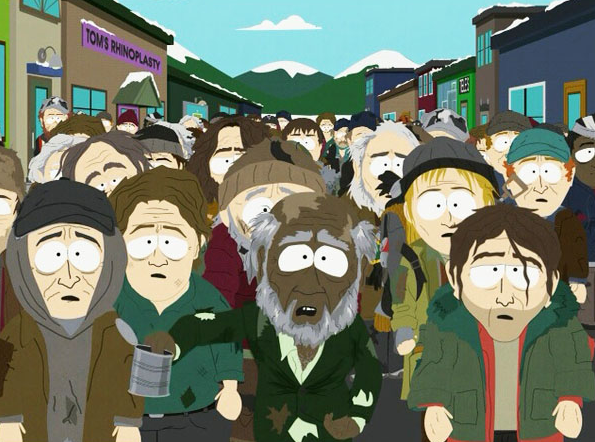 We have a serious homeless problem here. I guess we see it a bunch more because of the holidays. Then again, these people probably aren’t homeless, and they probably make more money than you and I.

Huge thanks to MDS for some Christmas donation love. If you want to be good Jamholian like him, hit up the donate page and send us some holiday cheer.

Did you hear Harold Camping died? I figure we should mention that. You know, because he was a crazy fucker making crazy end of the world predictions. The craziest thing? People actually believed him. 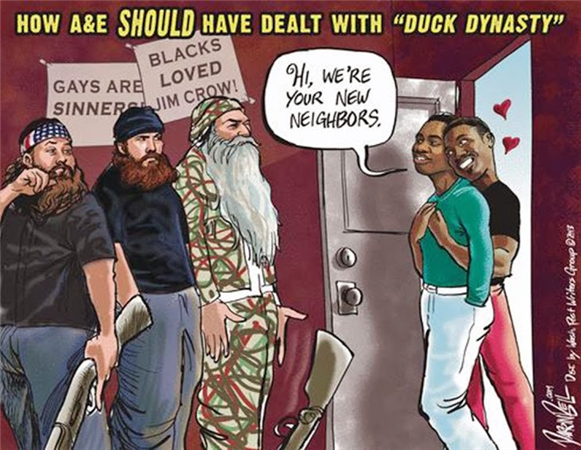 Did you hear about the Duck Dynasty thing? If you use social media at all, of course you have. Here’s our take on it.

Let’s give Robby a call real quick, since we totally did a show behind his back. I’m sorry Robby, it’s not like we planned it. I think we might have hurt some feelings here.

Did you know you can die from huffing duster? This girl didn’t… well she does now. I’m kind of curious how this happened. Did she have a wicked bad habit? Or maybe she huffed it upside down, and froze her insides. 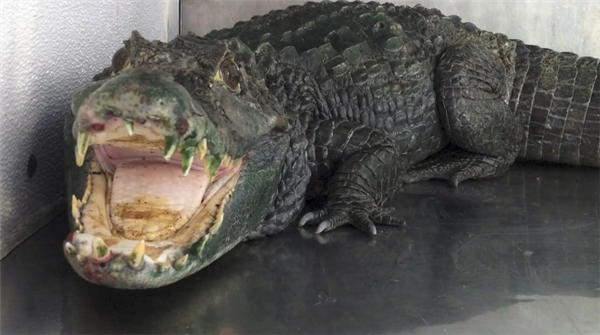 Don’t have the balls to kill your husband for the insurance money? Simple, get the kid to do it. Talk about getting yours in the end. You made $500,000 and now you’re in jail.

Pit Bulls are out, alligators are in. That’s what I’m talking about. There’s few things more gangsta than a gangsta wearing gata’s, with actual alligators guarding your shizz.

In some local shit show news, nice job Bozeman for making it into the show. Someone stole a bunch of large horse sculptures, probably to take them to the scrap yard and get money for meth. That’s it. Murriccca! 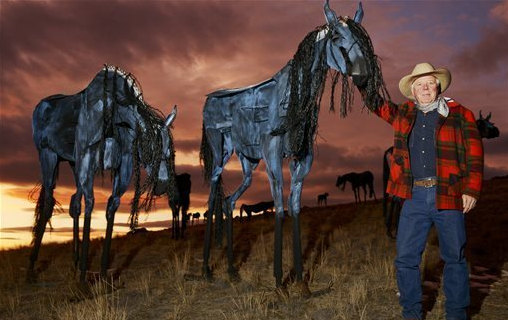 That’s a pretty ballsy place to be for someone who can’t swim, and isn’t paying attention. This lady in Australia totally took a long walk off a short pier, because she was more focused on Facebook than where the fuck she was walking.

We found some heroin stamped with Obamacare. This is the best. At least something is working right? Drug dealers can be so clever sometimes.

Note to self, you would have made more getting the job than you did out of the tip jar. If you were going to just steal, why did you bother filling out the job application? I don’t get people sometimes. This happened in a five guys.

In France, they don’t sext. They don’t send sext messages. Actually they do, they just call it something different. It’s called textopornographie now. Sext is our thing, make up your own words. Did you know there is a whole sexting fail meme? Apparently lots of people take sext messages while their children are in the room. Now that’s weird.

The best way to propose to that bottom bitch. While you’re getting arrested. Although maybe this was his plan from the get go. I can’t tell anymore. Keep on writing bad checks.

Stick around after the outro for some special audio we recorded on the way to Polson, testing out the new H1 Handy Recorder. I think the weird electrical sound you hear, is from the windshield wipers. All in all, not bad for being in a truck with a little pocket condenser mic.

Get your copy of The Blame EP and Escape Goats free here on the music page along with the Rap Music Project and the Book of Matthew, or on SoundCloud. But if you want to actually pay for the music, you can donate some cash via Paypal, Gmail me money, or check them out on Google Play. They are also available to Google Play Music All Access subscribers. We also have a QR code on the sidebar that will take you directly to my Google Play page.